The above screen shot is for a job advertised in September 2014.

What do you imagine this job would entail?

You don’t have to look far to see the possibilities:

Product placement in social media, established profiles creating ‘legitimate’ and ‘impartial’ posts, comments and likes.  Facebook pages created and filled with paid ‘likers’ and bought profiles.  Groups with members who are not quite what they seem…

In facebook pages and groups, for example, you will find people determined to press a point.

The Great Vaccine Debate is one of the most obvious examples for where this is happening…and one of the more alarming.

Alexandra Goldburt posted the above advert on her Dissenting opinion page, with the following comment:

I used to dismiss it… I thought that those who troll on anti-vax pages, arguing to death with you, never resting, never leaving people like me alone, were simply true believers, not paid Pharma shills.

Apparently, at least some of them are paid by the Big Pharma…

This explains that a thread on vaccines [in a closed parenting facebook group] quickly grew to over 450 comments (or much more than that – I got tired of it and stopped looking), and the pro-vax people acted like they always had to have the last word.

Just one example. Look around and you’ll find plenty of others.

Then I came across an article discussing the reality of these paid trolls.  If these paid trolls seem relentless, it is not simply because they like to argument or feel strongly about the issue per se, but because they have, perhaps, been trained to sway public opinion, to achieve some government or company agenda

I did a job search.

And I found this one, which claims to be a ‘best place to work’ multinational.  This list of ‘best’ companies includes several pharmaceutical ones:

And this one from a government department:

It would seem that it is happening.  In many industries.  Specific jobs targeting social media.  But it doesn’t have to be a specific job.  Employees often feel loyalty to the brand they work for, and are encouraged to talk about it on social media.  Team building exercises help build brand loyalty, in-house training would provide the language and strategies that have the biggest impact and keep staff ‘on message’. 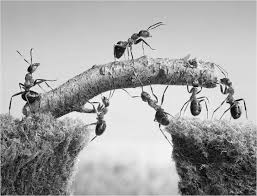 It would seem that some formula companies adopt the same strategy, the purpose being to introduce new products and promote formula use. For example:

In a mothering facebook group, one member posted a picture of a new type of ‘bedtime formula’ (with a picture of the tin) the accompanying comment sounding like a marketing promo:

“[name of formula]! Its the latest product to help kiddlets sleep. It is soooo popular with mummies groups everywhere and its flying off the shelves! It is only available at Coles and is $14.95. Im so keen to try it as many mums are saying it helps thier toddlers fall asleep quicker, easily and keeps them asleep all night long. Some kids take a bit for it to work however many mums are saying it worked first night! It has lactium in it and is apparently the thing that makes them sleep. Praying it works for my 18 month old who is still feeding and waking up to 3 times a night. This 40 year old mama needs some well earned snooze time”

Many comments followed including:

and that it contains “absolutely nothing artificial”

It did not take much effort to find out that the member posting the picture fit the description for an employee of the company that makes the product.
In Australia there have been strict codes of conduct, as baby formula is not allowed to be advertised, hence the development of ‘follow on’ and ‘toddler’ formulas. This tactic is just another (unethical?) way to reach the (vulnerable) market.

It doesn’t stop there, however.

Read a product review…do some of them seem overly positive or ‘I can’t wait to try this’…then might I suggest a hand full or two of salt.

3 thoughts on “Please, Pass the Salt”